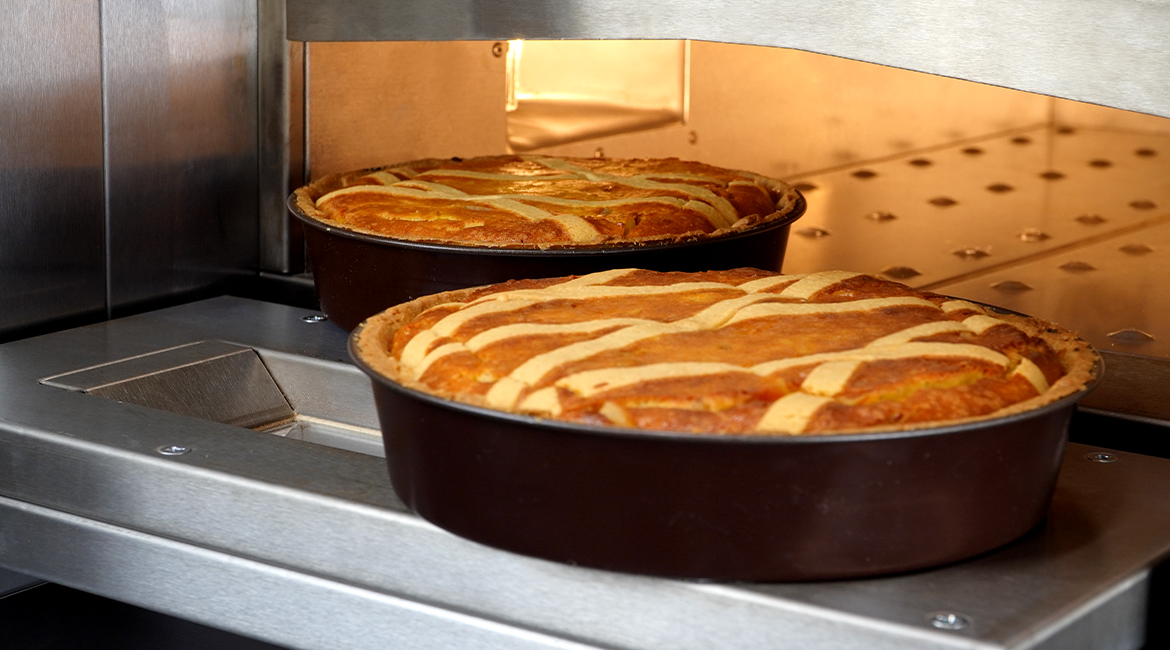 Here we go with a new Easter recipe. The pastiera napolitana is a rich and tasty Italian Easter cake with an intense aroma, a solid shortcrust and creamy yet compact filling. Its origins are rooted in ancient pagan rites that celebrated the arrival of spring, but it is also said that the pastiera was born in the 16th century in San Gregorio Armeno’s convent, in the heart of Naples.
Let’s see how to make this traditional Neapolitan cake with S series, which perfectly balances the heat, for a uniform colour on both sides, and offers the possibility to better manage the residual humidity.

How to make pastiera napoletana

How to cook pastiera napoletana with Proven®

Following this recipe, once you have arrived at point 6, set Proven® for baking, placing the embossed surface: create a new program selecting SmartBaking mode, 190°C top 50%, floor 55%, baking for 1.15h with the steam discharge valve after 35 minutes. Place the cake tin in the oven on the perforated aluminized tray supplied with Proven® and start the timer.
At the end of the set time, check that you have obtained the desired browning, then remove from the oven and allow to cool.

Pastiera: how to store

The baked pastiera napoletana can be sotred in a cool and dry place, or in the fridge, placed on a cake-stand with dome for 4/5 days.